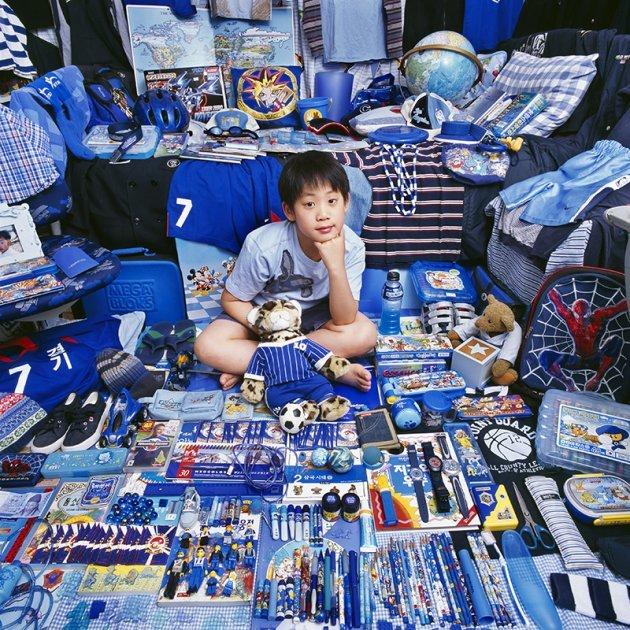 "Blue is for boys and pink is for girls". That statement has been so subconsciously ingrained into the minds of practically everyone in the first world that it seems silly to challenge it. Indeed, the differences in gender with boys versus girls and blue versus pink has become an accepted fact that manufacturers nowadays will automatically assign blue products to guys and pink products to gals. Artist JeongMee Yoon wanted to document this phenomenon in children and, along the way, uncovered some surprising historical facts in her Pink & Blue Project. 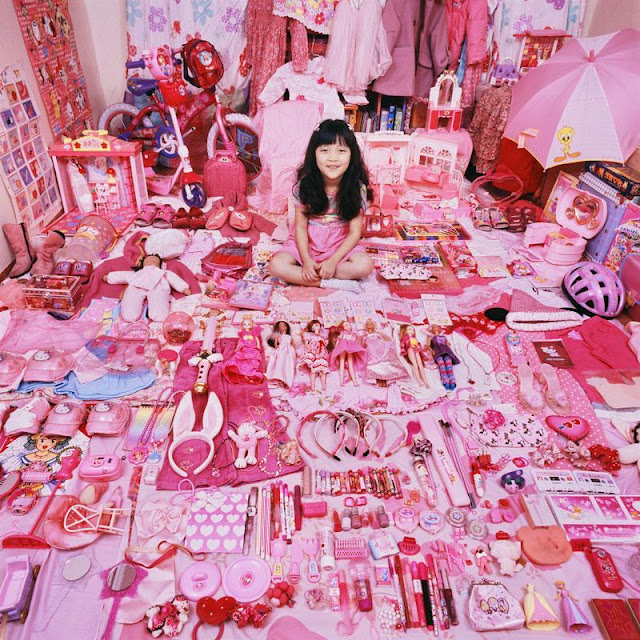 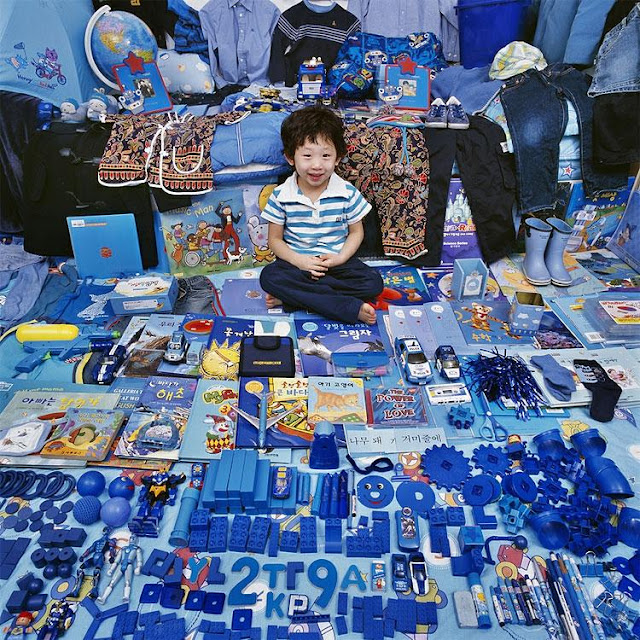 JeongMee Yoon studied Fine Arts and Photographic Design in South Korea and later moved to the US to further her career. Her first project as a solo artist was "Zoo", a series of black-and-white photographs that depicted urban animal habitats as dreary prisons rather than happy weekend leisure centers. Her next solo exhibition was the "Natural History Museum", a portrait collection of taxidermy wild animals in artificial settings.

Her most famous collection by far is the Pink & Blue Project, an ongoing series that began in 2005 focusing on the color preferences of different genders. In each image, an entire room is covered with a child's toys, clothes and other belongings in one dominant shade: blue for boys and pink for girls. 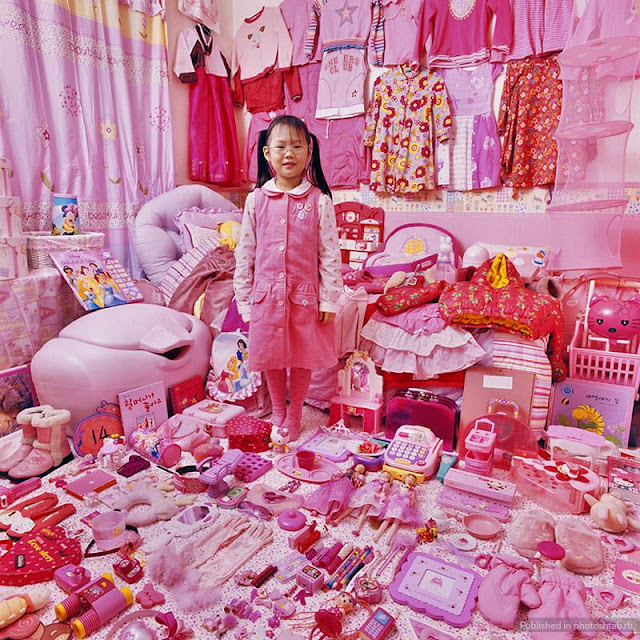 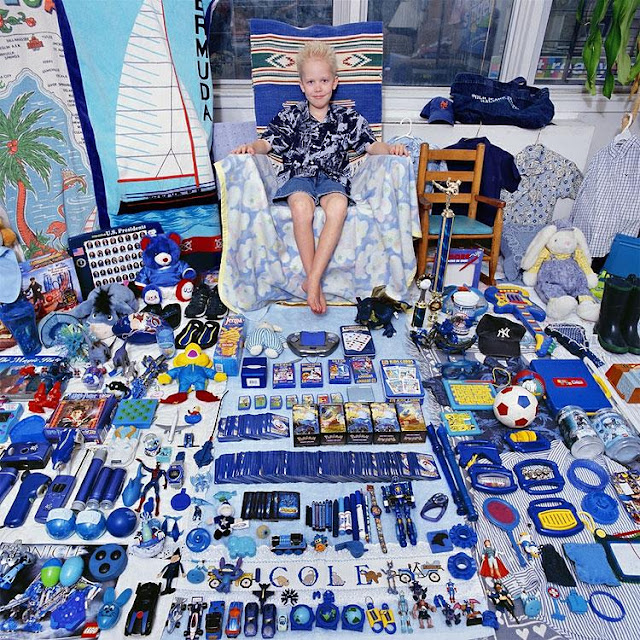 Yoon was inspired by her daughter who had a burning passion for everything pink; all her significant belongings from toys to clothes to school supplies were pink. Her daughter's portrait consisted of the younger Yoon sitting amidst all of her belongings in the middle of her room which suddenly looked like it was spray-painted with everything pink.

That first image became the start of the Pink Project, a portrait series on girls and their affinity for pink objects. She advertised her project around her neighborhood and her daughter's school, and soon found herself taking images remarkably similar to her first image in the collection. She soon added the Blue Project for boys and their belongings in blue. The two collections then merged into the Pink & Blue Project. 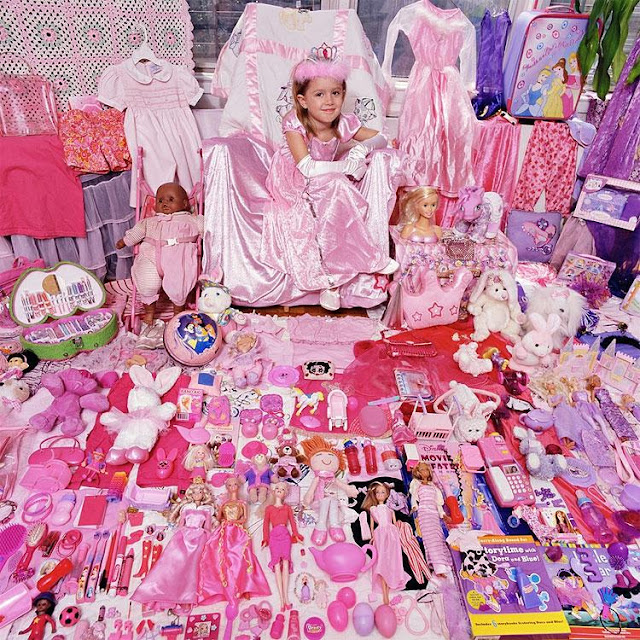 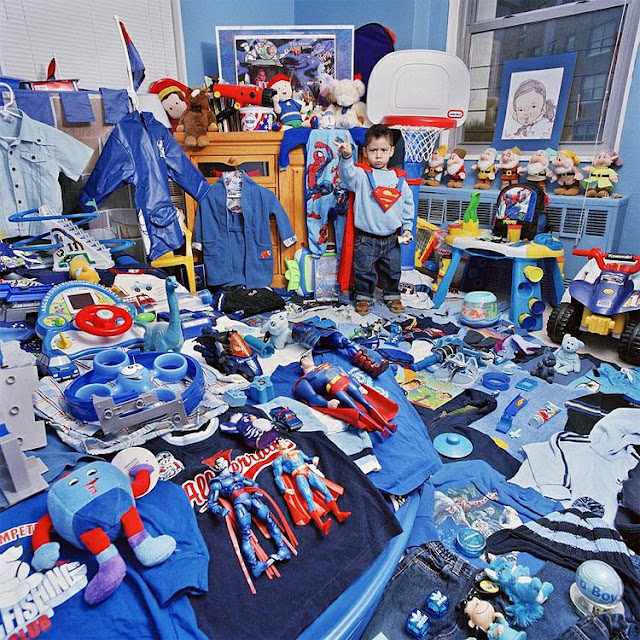 It's interesting to see the "gender wars" play out in children as young as a few months old and how it manifests itself in their belongings. Girls have pink dolls and pink dresses while boys have blue monster truck toys and bicycle helmets. It seems like a foregone conclusion that "blue equals boys" and "pink equals girls", but this wasn't always the case. Yoon's own research shows that pink was once the "natural" color for young men.

In the early years of the last century, many European countries assigned pink to their boys, and America felt strongly that boys should wear pink and girls should go with blue, "...the reason is that pink, being a more decided and stronger color, is more suitable for the boy, while blue, which is more delicate and dainty, is prettier for the girl.”

It was only after World War II that pink became strongly associated with women and therefore blue became the shade for men. Over 50 years later, Yoon's images show just how much two colors can define the identity of a person, and how much society has accepted this fact in the consumerism evident in these photographs. 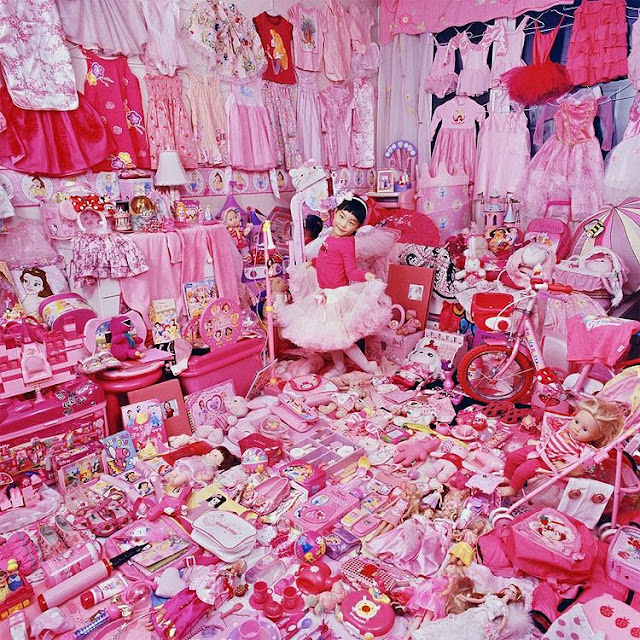 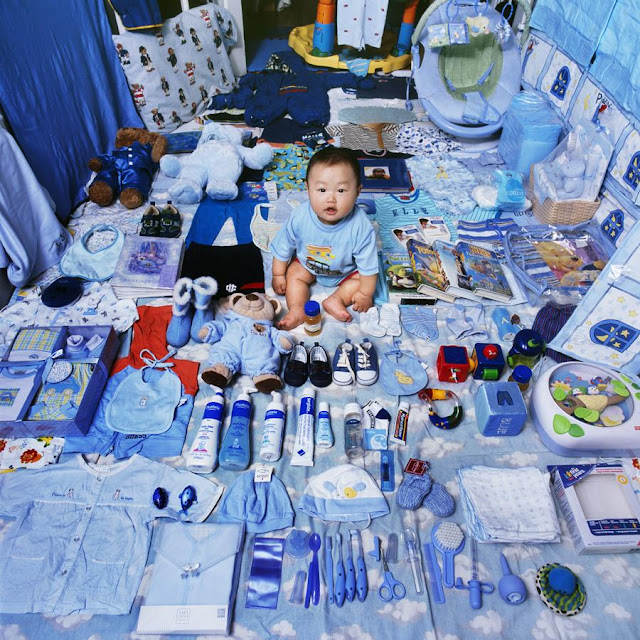 JeongMee Yoon's website is here, with the Pink & Blue Project (aka boys versus girls collection), here. For an interesting look at one photographer's view on women, check out Shirin Aliabadi's Miss Hybrid. For a different take on men, have a look at Herb Ritt's portraiture.
Labels: Artists Environmental Portraits Gender JeongMee Yoon Portraiture 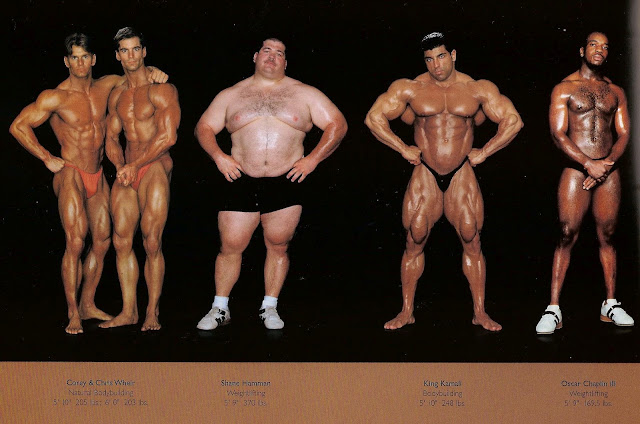 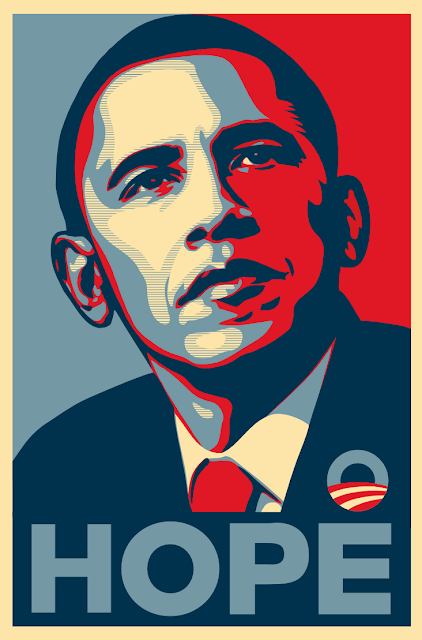